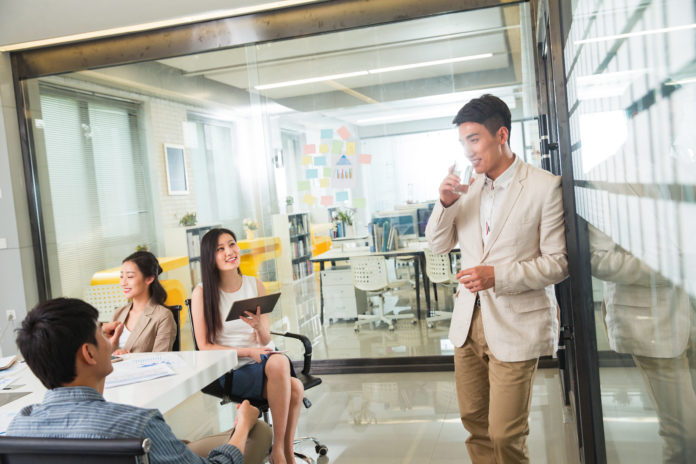 It was reported in 2018 by Franchise Direct that China had over 4,500 franchises and chains in operation. And although the USA tops the charts for franchising, it’s hardly surprising considering they invented branding and franchises back in the mid-1800s. China is now one of the fastest-growing franchising markets in the world that continues to grow.

Franchising first appeared in China back in 1987 when KFC opened a branch in the Chinese capital Beijing. And although that might seem a bit late to the branding ball, you have to remember that the modern China we know today was only just resurfacing on the world stage at the time. Back then, China’s infrastructure wasn’t set up for franchising. It is a stark contrast when compared with the multifaceted China of today that we have come to know.

Over the past decade, China has been privy to exponential growth in its franchise markets. By 2015, the total combined sales of China’s top 100 franchises topped out at around RMB 434.5 billion (US$62.9 billion). And although the market did atrophy slightly by 2017 to approximately RMB 330 billion, it began to grow to record heights once again by 2019.

Even though China and the rest of the world have seen economic slowdown over the past couple of years, the Chinese franchise market goes from strength to strength.

Because China’s consumption market is now undergoing massive growth, it opens the door for franchisors who are looking for new customers and relationships. The growth of the Chinese consumption market was expected to reach US$6.1 trillion by 2021.

Franchising in China is also transitioning with new trends appearing in online shopping, e-commerce grocery shopping, and online delivery platforms. Outside Beijing and Shanghai in second and third tier cities, we are seeing strong growth in traditional franchising models such as restaurants and consumer product sales.

Especially where digital marketing and O2O (Online to offline) is concerned. Foreign companies and franchisers are constantly looking at new ways they can penetrate the Chinese market.

Considerations of Franchising in China

Essentially, franchising lets a business or brand owner give outside entities to use its brand, products, company ID, logos, intellectual property (IP), and knowledge to sell its products or services in exchange for a commission, fees, other payment forms, or royalties and varying compensations.

The key advantage is that outside entities can now have a ready-made business that already has a brand, profile, and products. All they need to do is introduce that brand or product to the Chinese market. The advantage for franchisors is they can propel their brand overseas without having to put in the leg work to market their own products abroad.

However a major disadvantage for franchisors who allow their brands to be used abroad is they can lose some control over the franchisees. If the brand chooses the wrong partners, it can have a massive negative knock-on to their brand’s appearance. They have limited control over their own business, which can be a problematic for some brand owners. But this is not particularly a China problem, but more of a franchise model problem.

Starting a Franchise in China

China initially wrote its first franchise laws back in 1997, but at the time the industry sat in a multitude of grey areas. That was until 2005 when the latest franchise law drafts were written. Before then, there was a mass of laws that limited foreign investments in regards to franchising.

A clearer definition of the 2005 laws was rewritten in 2007, although they used the 2005 ones as a basis. It was essentially just an upgrade.

Laws About Franchisor and Franchisee Relations in China

The relationship between franchisors and franchisees has always been a shaky one. These laws pertain to contracts signed in the process that are covered by the PRC Contract Law. Here is a list of regulations and administrative measures in China that cover franchise relationships:

One of the most important factors for both franchisors and franchisees alike is the contracts and agreements that need to be signed between both parties. These agreements will lay out the entire process and relationship.

Although there are no set rules for this relationship in China per se, the franchisor and franchisee need to come together to agree on the terms that suit both parties. The contract needs to be signed by both sides with a contract duration that should be no less than 3 years unless the franchisee agrees to a shorter-term deal.

These are a few of the stipulations that should be included in the contract:

Franchising in China will continue to be a attractive market entry strategy for foreign companies and franchises considering the country’s fledgling attitude towards franchising and now that the business infrastructure is in place to safeguard all parties and brands.

As the changing trends in China move away from manufacturing towards more of a consumer- driven marketplace Acadia Advisory can help support your China market entry via the franchising business model.

How to Calculate an Employee’s Payroll in China?

China is taking a proactive stance to protect and encourage small and micro-level businesses in China with tax incentives to ease financial burdens coming...

All Foreign Invested Enterprises and WFOE companies in China need to follow all statutory annual audit and compliance processes, as stated by the PRC...