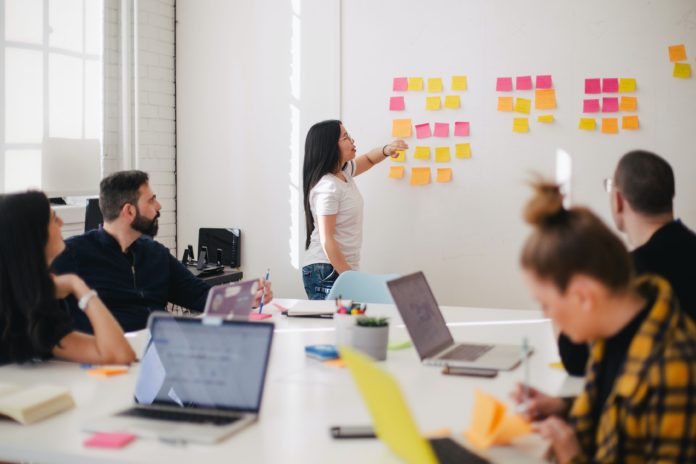 As the world is now in recovery mode in the aftermath of COVID-19, there is an increased likelihood that more foreign expats will want to start visiting and working in China once more. This is especially true in China’s major cities and financial hubs such as Shanghai, Beijing, and Guangzhou.

Those expatriates are expected to pay tax on any earnings they make in China or even to pay Chinese social welfare benefits in some cases. So, what does that mean for expats in China in regards to Social Security? Let’s find out with this in-depth guide.

Who pays for Social Security and what does it cover?

If you work in China, Social Security is mandatory. It’s essential that you fully understand the contributions and percentages you are expected to pay which can change from city to city and area to area. It can be a potential minefield of regulatory headaches if you are not educated on these things. The definition of Social Security in China is something that covers an employee’s pension, unemployment insurance, medical insurance, maternity and any work-related insurances.

Direct Employment and Overseas Dispatchment are the two key methods in China for expat workers.

Overseas Dispatchment, on the other hand, is more dedicated to those working for overseas companies that are sent to work in China. And even in this example, the company you work for needs to ensure your Social Security is paid on a monthly basis.

If you happen to be a self-employed expat in China, the responsibility to pay Social Security is firmly at your own feet. But as most expatriate workers in China need some kind of work permit and a visa, this one can be quite difficult.

So, as an expatriate worker in China, the overriding question is who is going to cover their Social Security? It all depends on your own circumstances.

If you took the words of the Interim Measures for Participation in Social Security of Foreigners Employed in China for verbatim, it’s the responsibility of the foreign recruitment organization to handle a foreigner’s Social Security within 30 days of getting the employment certificates for the said employee. In regards to foreigners who are sent to work in China by overseas employers that will work in some kind of domestic job, it should be the employing organizations that need to ensure that the employee is registered by the domestic employing company for Social Security.

Expatriates meeting the prescribed conditions under the Social Security laws in China will receive the same benefits as any Chinese national who also pays Social Security, so in essence, it’s a fair deal.

If a Social Security paying expatriate leaves China before taking advantage of their Chinese pension, they are still allowed to keep those personal accounts open. So if they do happen to return to China to work in the future, those years previously paid Social Security will be taken into consideration and used in the calculations in an accumulative sense. But if that expatriate terminated that account when leaving China with a written application, they can receive the full lump sum balance of the pension account. This sum is only the number that was withheld by the company every month from their salary, and not the money paid to the pension by the company which cannot be refunded. If the lump sum happens to be more than RMB50,000, the expat will then have to contact their Chinese bank and then to prove they have paid taxes so it can then be converted into RMB. From there it can be transferred to any account outside of China.

It is also possible that both expatriates and Chinese nationals can withdraw sums from their medical insurance as stated in the Social Security that was deposited each month. The person can then go to a designated bank with their red book in hand and withdraw the outstanding money from that account.

The last thing to consider is a tad morbid. If the expat dies, any balance left in their basic endowment insurance personal account can then be inherited by family members or those in accordance with his/her will.

In regards to health and access to local hospitals or local medical facilities, expatriates who live and work, or who travel in China, can get the same coverage from their Social Security as a Chinese national. However, the major issue expats have is the language barrier when dealing with local hospitals and so forth.

This leads to Chinese companies buying international health insurance policies for their expat workers. The main reason for this is to give their foreign workers access to international-level hospitals and medical facilities in China so they can liaise with the hospital’s English speaking staff or translators to eliminate the language barriers.

International health insurance policies can also provide a wider range of coverage and services to expat employees. If the expat suffers from an illness or gets into an accident, or even obtains accidental disabilities or even death, the monthly income compensation from those insurance policies can make up for any losses suffered by the family because of the death.

Expatriate workers tend to travel to and fro to their home countries and China on a more regular basis than most. And if so, companies that employ these expatriates can get travel medical insurance policies that include rescue services via international rescue firms and can even get compensation as the result of disease or an accidental injury while they are not in China, and then they can receive the repatriation back in their home nations.

The issue of expats being treated the same as Chinese nationals in regards to protecting their social welfare and best interests is an important one. This is safeguarded by ensuring that expatriate workers in China don’t pay double in regards to Social Security and tax. The Chinese government has signed a treaty called the bilateral Totalisation Agreement with some other nations around the world. This treaty ensures expatriates are exempt from certain parts of payment in the Chinese Social Security, and this protects their rights and even coverage.

China signed bilateral and multilateral mutual Social Security agreements for exemptions with several countries. These nations include Canada, Finland, Korea, Spain, Netherlands, Luxembourg, Japan, Germany, Serbia, and Switzerland. These treaties cover a wide range of Social Security obligations and rights that are created to safeguard other rights in the home nations of the expats. This reduces Social Security payments and certain burdens for the expat and enterprises while promoting closer relations between the nations.

The thing you need to remember is that China’s bilateral Social Security treaties with nations such as Finland, Spain, Germany, Korea, Netherlands, and Serbia also offer coverage for unemployment insurance and pension insurance. But in relation to their agreements with Canada, Japan, Denmark, and Luxembourg, the coverage is only for pension insurance. All of the agreements between China and those state nations are now in operation, expect France, which is currently still pending.

China Free Trade Zones – Where to establish your business in China

Small-scale enterprises in China have been negatively impacted since the beginning of the COVID-19 pandemic and still are today. Trying to stay afloat by...

SMEs in China are in for some good news in regards to the new VAT regulations, although it might complicate accounting and administration matters...

China Free Trade Zones – Where to establish your business in China