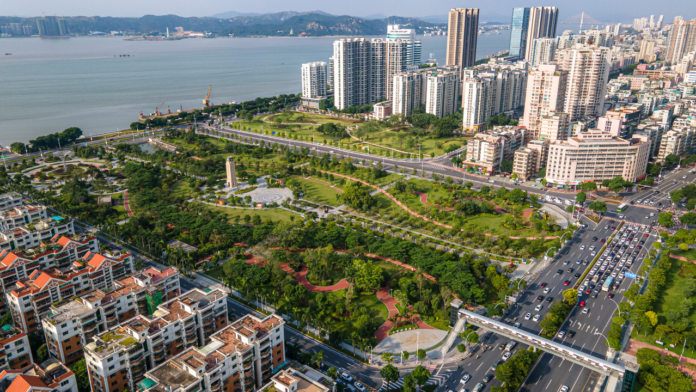 Its essential to understand the differences between a Free Trade Zone (FTZ) and a Non-Free Trade Zone when you are setting up a business in China. A standard free trade zone is a certain type of Special Economic Zone (SEZ) that allows you to import and export, and manufacture without having to deal directly with the Chinese Customs department.

Free trade zones are of major importance for modernizing the business landscape in China in regards to experimenting with regulations that are pro-business and pro-economy. There are 11 free trade zones across China although seven more were planned and announced back in August 2016.

These Free trade zones are purposely industry-focused to attract investment and incentives, especially where tax regulations, business prospectus, and growth are concerned. If you’re a foreign firm looking to set up operations in China, you seriously need to consider taking advantage of a free trade zone.

The Shanghai Free trade zone was initially launched back in 2013 and was the first of its kind across the Chinese mainland. It was used as a testing ground for future FTZs regarding the utilization of legal innovations to engage in fewer restrictions to attract foreign companies. Here are the four main aims of the Shanghai free trade zone below:

Another major purpose of the Shanghai free trade zone was to lay foundations for future Free trade zones on a nationwide level. By adopting relaxed incorporation requirements and the Negative List that lays out the pre-approval process, alongside implementing a one-stop applications processes, they will all eventually be adopted throughout China.

The next seven FTZs were announced in 2016 and are part of the government’s ongoing domestic plans to develop and support initiatives such as the One Belt and the One Road (OBOR) plans. These seven FTZs are located in:

Investing in an FTZ will give you access to a number of incentives that can simplify and streamline your business operations in China. Let’s explore these incentives across issues such as customs clearance, industry-specific liberalizations, tax, and benefits to trading centers.

Here are some of the FTZs that offer reduced corporate income tax (CIT) incentives of 15% if the company adheres to certain requirements.:

Surprisingly enough, even though the FTZs are a testing ground for policy piloting, there are not so many tax rate benefits. But they have begun to explore different types of tax benefits instead. A good example would be that a registered FTZ company in the Shanghai free trade zone has the option to pay its CIT on a five-year installment basis if the value of interest in a portfolio company rises on a non-cash restructure basis.

The vast majority of FTZs offer duty-free import incentives for any machinery they import or equipment that is used for the said company unless otherwise stated.

Streamlining the whole customs clearance process by using innovative FTZs is a major incentive. This is especially important concerning any payments or clearance declarations. It allows companies to lump together batches of goods in a single form instead of individually, which can be extremely time-consuming. Collective customs declarations on imported and exported goods reduce costs and create a flexible and streamlined process.

Firms that have provided adequate guarantees are allowed to pay off their tax in a lump payment within an agreed amount of time on already-imported goods. However, customs will perform tax audits to follow up on the process.

Border clearance on the Shanghai free trade zone is available on a monthly basis or even quarterly regarding waybills. Any goods that are shipped to the Shanghai FTZ can be moved to the warehouse directly without the need to clear them in customs. It’s a stark contrast to the customs system outside of the FTZ where it can take weeks to clear before going to the warehouse. Decreasing the clearance time from weeks to a few days is a major improvement and incentive to choose an FTZ.

Your firm needs to be operating in an encouraged industry to be part of the Qianhai Shenzhen – Hong Kong zone. Your primary business should be listed in the Preferential Corporate Income Tax Catalogue that pertains to information services, science and tech services, professional services, and modern logistics.

You will have to submit an enterprise income tax preferential application form to get a lower CIT rate that states the preferential items to the tax authorities.

Preferential incentives on individual income tax (IIT) policies are available to those who operate in the Qianhai Shenzhen & Hong Kong zone if your talents are in encouraged businesses. Those workers whose IIT on their salaries is more than 15% can receive subsidization of the excess from the Shenzhen government. This IIT preferential incentive is only for those candidates that are:

These individuals must have already worked in the zone or a Qianhai-based business for a year or more. They must have also paid to the Qianhai tax bureau. To get this IIT fiscal subsidization, your need to make that application in the first two months of the year.

Chinese FTZs have massive supply chain benefits because there are so many companies operating in the zones and the pre-existing infrastructure.

For example, the Shanghai FTZ is a place where goods can be delivered to and stored in a warehouse without actually paying any customs taxes. Once the goods are shipped domestically outside of the zone, only then will customs tax apply. But there will be no tax or customs clearance costs if you are going to ship those goods internationally.

These liberalized FTZ policies are mainly for FIEs operating in industry-specific categories that offer capabilities that are not so easily available in China. A good example would be modern logistics companies that operate in the FTZ that allow investment up to 51% for domestic or international shipping agencies. Foreign ships in the Shanghai FTZ can move the goods to other ports domestically or even ship between domestic ports that used to be limited to only Chinese ships.

Under article 10, which is dedicated to the pharmaceutical industry, anyone who has intellectual property (IP) rights pertaining to medical devices can use OEM manufacturers in Shanghai for their production. In the past, the IP owners and the manufacturing company had to be the same entity.

Where to set up in China?

Testing and adjusting policies are much easier for the government when using an FTZ. Although it can be confusing to foreign investors regarding the strategic advantages that an FTZ can offer them.

The one-stop application process and the reduced registration requirements on capital were seen as a massive attraction for investors when FTZs were initially launched. And when implemented nationwide, people started to question whether investors should focus solely on FTZs or should diversify their approach by focusing on other special economic zone classes. The answer and right strategy depend on the type of business you operate and its industry.

Establishing your firm in the Qianhai Shenzhen & Hong Kong zone can offer major advantages such as preferential tax policies. But beware that your company might not be eligible so you need to tread with caution when making the application. Your company needs to be in the correct industries that are encouraged in the FTZ and be able to fulfill the revenue criteria. You need to be diligent and aware during the application process or it could be denied.

Plans to continue piloting policy innovations in the FTZs via the Chinese government will continue in the coming months and years. In the meantime, the current investors can massively benefit from any new policy changes such as when corporate registration was implemented by the Shanghai FTZ that allowed pre-registration services, online appointments, and even the trial mobile application. The downside is that any firms in the FTZ would also be the first to encounter any issues or confusion arising from the changes.

Guaranteed success is not a foregone conclusion when you enter an FTZ. For some companies it has lots of benefits, but not so much for others. The trading environment and the zone’s industry-specific criteria might or might not suit your firm. For example, it might not benefit your business in regard to reduced taxation rates. Do your research and liaise with experts who can give you reliable advice to figure out the best path for your expansion in China.

Small-scale enterprises in China have been negatively impacted since the beginning of the COVID-19 pandemic and still are today. Trying to stay afloat by...

SMEs in China are in for some good news in regards to the new VAT regulations, although it might complicate accounting and administration matters...